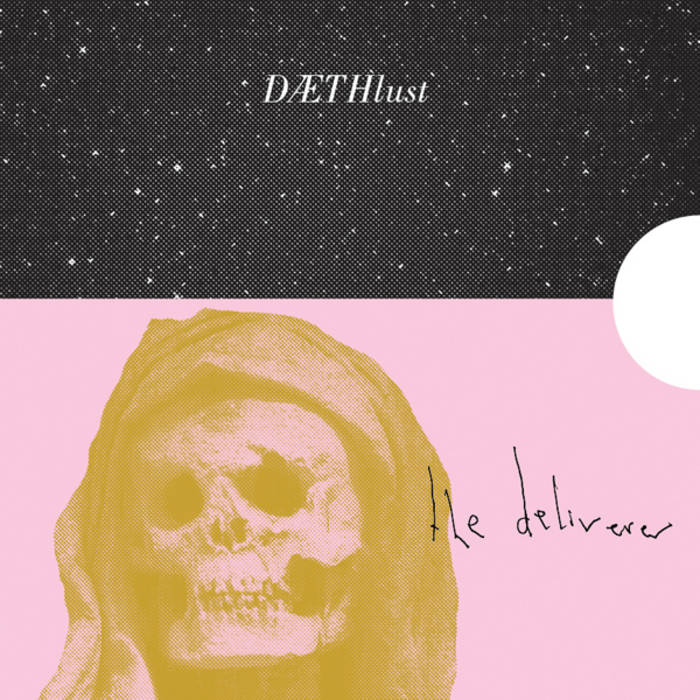 Press:
"What I totally love about German band Dæthlust is their egotistical and cantankerous attitude which is eloquently combined with progressive elements and a warm and swirling fuzzy haze. The raucous and heathenistic doom and roll fuzzfest commences from note one on their latest offering "The Deliverer". Doomy riffs are rampant throughout this 5-song EP as well as a tinge of psychedelia which serpentines intermittently amongst these five beastly tracks. The shouted vocals seem to be purposely hidden in the mix as if some sort of ghoul is lurking in the background beckoning you to join him on the other side. From the cool flanged-out chugging of "Satin" to the epic monster track "Koloss", the band surely left a deafening imprint on this listener's ears. Give them a listen now!"
Heavy Planet, Tuesday, May 7, 2013

"Here comes the Quartet Dӕthlust from Germany / Solingen with their Album THE DELIVERER. My first impression was a fat and broad guitar sound, with a nice fuzz. A kind of rough voice, reminds me in parts of bands like “Sons of Otis” or “Hangman's Chair”. But Dӕthlust's singer Lasse, has got a quite independently sound. Not easy to get used to this, but somehow impressive.
The Tracks on THE DELIVERER are between 4 and nearly 11 minutes of length. Sometimes the Stoner / Doom Sound turns into a bit progressive style, which makes it interesting to listen to the songs. There is nevertheless a straight line through the songs. My personal favorite was the longest Track KOLOSS. Nothing else to say, a solid and well done piece of work."
Stonerhead Let Groove Your Brains Tonight (Blog), December 5, 2013

Bandcamp Daily  your guide to the world of Bandcamp